Posted on May 4, 2016 by dialogueireland

The False Guru Test
John Smith—04/2006
The False Guru test seems to have struck a cord here in the West because of the outrageous abuses and exploitation by gurus, many self-proclaimed and completely misguided.

TAKE THE FALSE GURU TEST. If seven or more of the following describes your guru or spiritual teacher, then unfortunately he or she may not be be as enlightened or good for your soul as you would like to believe:

1. States his or her own enlightenment: The wisest masters tend not to state their own enlightenment or perfection for they know that it is both unhelpful to themselves and to their students. The false teachers often make this claim because they have little else on offer to attract followers.

2. Is unable to take criticism: False teachers strongly dislike either personal criticism or criticism of their teaching; they do not take kindly to ordinary unenlightened individuals questioning them. They or their organisations will even undertake multi-million dollar law suits to stop ex-members from spillin1.g the beans.

3. Acts omnipotently with no accountability: Some spiritual communities are run like concentration camps, with guru and his chosen ones acting like Gestapo officers. Unjust or outrageous behaviour by the guru is passed off as what is needed to help the followers grow (how kind). These are the dangerous gurus who have often severely damaged their students. A real master respects your will even if he or she understands that your particular decisions may not be in your interest, and he or she will act accountably to an ethical code of conduct.

4. Focuses on enlightenment itself rather than teaching the path leading to it: It is amazing how much false gurus have to say about enlightenment. They argue their points in the same way that the scholars in the middle ages argued how many angels could sit on the head of a pin. Any fool can talk about the end goal because what is said is irrefutable to most of your listeners. What is skillful is guiding those listeners to having awakening within themselves. The real teacher focuses on the path and strictly avoids any talk on enlightenment.

5. Does not practice what is preached: Contrary to spiritual myth, you don’t reach a point of realization whereby you can then start acting mindlessly. If a teacher preaches love and forgiveness, then he should act that way, at least most of the time, showing suitable regret for any lapses). If he teaches meditation, he should meditate. If he insists that his followers live in austere conditions, so should he.

6. Takes the credit for a particular meditative or healing technique: The fact is that meditation and guided visualisation work. Anyone doing them will experience major changes, benefits and realizations. The false guru will try to own or trademark particular methods and techniques so that she has something unique to attract followers. And she will hijack the effects of meditation as the guru’s blessing rather than each individuals natural potential. Often the students or followers are forbidden from divulging the techniques to maintain a sort of intellectual property right, usually under the guise of needing the technique to be taught correctly.

7. Specifically gives Satsang or Darshan when it is not part of his culture: Darshan is when the disciples or students of a master line up and to pass their master, who is usually seated, with either a bow or traditionally kissing their feet (yes it does happen.) In the East, this is part of their culture and a normal thing to do to show respect and reverence (even children will kiss the feet of their fathers). However, here in the West, such copycat behaviour is a strong indication that the guru is acting a role. Satsang, on the other hand, means literally “the company of the Truth”. In a deeper sense it is an affirmation of the Guru-Disciple relationship in Eastern traditions. But some Western gurus will use this terminology because they are playing a role.

8. Lives in total opulence: There is nothing wrong with living in luxury or being wealthy. But when that luxury turns to unnecessary opulence using funds that were not explicitly donated for that purpose then you are probably dealing with a false guru. Money is collected from followers usually in the form of donations, and those donations are given as an act of love, appreciation and to help spread the influence of the master. However, a genuine master is more likely to use such wealth to lessen the suffering in this world, not to buy another yacht, private jet or Rolls Royce.

9. Encourages or permits adoration from his followers: Avoid any group that focuses on the “master” themselves rather than the teachings or spiritual practices. This will be a hindrance to your self-realisation for your focus will be drawn outside of yourself, and usually indicates that there is not a lot more on offer than guru worship.

10. Presents himself or herself overly fashionably and glamorously: Beware of masters who present glamour photographs of themselves and dress overly fashionably (whilst proclaiming that they have no ego and leading ego-death retreats). Yes it does happen! Demands love and devotion from their students: Keep clear of any master who demands love and devotion. One very well known Western guru stated, “Anyone who loves me is guaranteed enlightenment”! Real love and devotion is earned over time when we begin to really know the whole person and not their public image.

11. Speaks with an Indian accent or vernacular when he is in fact a Westerner: Not sure how much this happens now but there are some high profile Western gurus who have (or had) Indian accents, mannerisms and vernacular. Unless they have genuinely spent considerable time in other cultures, they are probably playing out a role.

12. Runs expensive miracle workshops and courses: You are unlikely to reach enlightenment after a few weekend workshops with cheesy titles. In our society of “must have now”, we want to be able to purchase spiritual development with minimal fuss. Also, avoid meaningless accreditation — it is often used merely to encourage followers to do more courses.

13. Takes sexual advantage of his or her followers: This happens much more than many believe. It is not being prudish to include this one because when a follower falls under the spell of a guru he or she is likely to do anything for the Chosen One. It is only afterwards that it may dawn on the follower that his or her openness has been used and abused. This can be very psychologically scarring.

14. Flatters you and treats you as very special: Sure we are all special in some ways, but this is one of the things that a false guru may do to hook a potential follower or to get a current follower to do a particular task. Nothing can be more intoxicating to the ego than to be selected by the master or leader (or any high profile person). A real master will stand back and allow you to make your decision whether to accept his or her teachings without trying to influence the process. 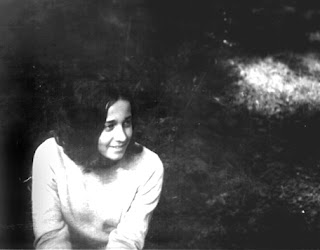 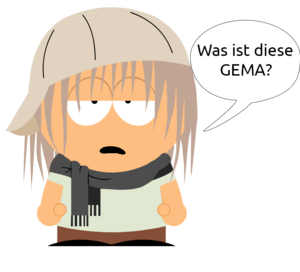 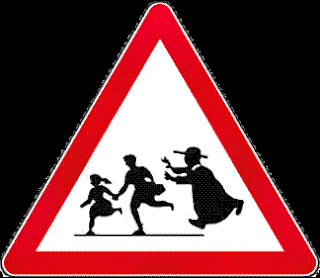